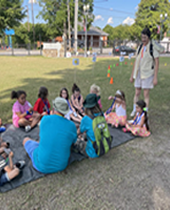 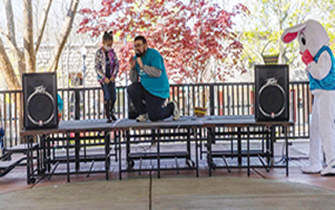 The information contained on this website is for informational purposes only and represents a good faith effort by the CFUMC Discerning the Future Task Force to educate and inform our congregation on the full range of perspectives regarding the current issues facing the UMC and their impact on the future of our church.  The inclusion of any links herein does not imply a recommendation or endorsement of the views expressed within them by the Discerning the Future Task Force, and we make no representations or warranties of any kind, express or implied, about the completeness or factual accuracy of any opinions/information presented.  We encourage the congregation to prayerfully consider all information disseminated, independently verify any information upon which you rely, and seek out truthful information on your own such that if the time comes, you will be able to make a decision on disaffiliation or not based upon your own informed heart and mind.

Three Phases within the Discerning the Future with Key Dates

Information Sessions and Listening Sessions over the Summer of 2022.

8/27/22 Leadership Board Retreat
Time: 9 a.m. – 12 p.m.
Leadership Board prayerfully decides to go forward with the Church Conference vote to potentially disaffiliate from the UMC in the Spring of 2023.

9/1/22 – 9/15/22 Nomination Team calls for a new Disaffiliation Discernment Team to help the church become educated of two choices of staying in the UMC or disaffiliation from the UMC to join with another Methodist denomination.

Following education and the presentation of survey results by the Task Force, the Leadership Board will meet to determine next steps in our Discerning the Future. The Leadership Board has decided that Conyers First UMC will submit a formal request to the District Superintendent that he conduct a Church Conference wherein the membership of the church shall be given an opportunity to vote on disaffiliation from the UMC.

3/1/23
The District Superintendent shall begin the process of scheduling church conferences for those churches requesting a conference on disaffiliation, set to ensure completion and efficiency (not based on when a request is made). Conyers First Church Conference on disaffiliation will occur sometime after this date. The decision to disaffiliate from The United Methodist Church must be approved by a two-thirds (2/3) majority vote of the professing members of the local church present at the church conference.

Background: For the past 50 years the United Methodist Church has been discussing the subject of Human Sexuality. The current Book of Discipline (2016) states that, “All people are of sacred worth but that we consider the practice of homosexuality to be incompatible with Christian teaching.”

In 2019 a called special session of General Conference was held in St. Louis to settle the issue. The General Conference (governing body of the United Methodist Church) approved a Traditional plan which kept the Book of Discipline’s the same and did not change the position of the UMC. It also approved a way for churches to disaffiliate from the UMC, paragraph 2553.

But, this did not resolve the debate over the issue of Human Sexuality in the UMC. The argument to change the Book of Discipline towards full inclusion of LGBTQ persons including ordination and marriage in the church by UM clergy continues. Many, including our Bishop, think this will happen at either General Conference 2024 or 2028. The discussion continues.

1. What is the decision Conyers First is facing?

Conyers First is facing the decision of whether to stay in the United Methodist Church or disaffiliate (leave) the United Methodist Church. Many UMC congregations are not considering or debating the issue -they have simply chosen to stay in the UMC. Conyers First has chosen to explore the issue and prayerfully discern what the congregation will do.

Disaffiliation is a process described in paragraph 2553 in the Book of Discipline that allows a congregation to leave the UMC with all of its property and resources under very limited circumstances, namely: “for reasons of conscience regarding a change in the requirements and provisions of the Book of Discipline related to the practice of homosexuality or the ordination or marriage of self-avowed practicing homosexuals as resolved and adopted by the 2019 General Conference, or by the actions or inactions of its Annual Conference related to these issues which follow.” The choice by a local church to disaffiliate with the UMC must be made in sufficient time for the process for exiting the denomination to be complete prior to December 31, 2023 when the provisions of par. 2553 are set to expire.

3. For churches considering the possibility of disaffiliation, what is the process that will be used in our Annual Conference?

The overall framework for disaffiliation is found in par. 2553. You can find that document here. The process is as follows:

4. Who are the members who can vote?

Any member of Conyers First currently on our church roll can vote. We are beginning a process to try to contact inactive members to find out if they still want to be included on our membership roll. A person can only be removed from our roll if they request to be removed either verbally or in writing or if their name is presented to the annual Charge Conference as one to be removed for two consecutive years.

5. Does a United Methodist congregation have to vote?

No. If a congregation desires to remain in the UMC, no vote is necessary. Many congregations are waiting until General Conference 2024 in order to see what will happen in the UMC and how disaffiliating congregations have managed.

6. Are there costs to a congregation pursuing disaffiliation?

Yes. The actual cost is determined on the day of disaffiliation but it will include the following:

In addition, the church will bear any legal costs incurred in the process. There will be other incidental costs of transitioning from being a UMC congregation as well.

7. Why would the church consider disaffiliating now rather than later?

The disaffiliation par. 2553 expires on December 31, 2023. If a church does not act prior to that time, then it will remain in the UMC.

We do not know how the UMC might change the Book of Discipline in the future. This includes whether or not there will be included a disaffiliation process included in the future.

This might be the only opportunity for a congregation to leave and remove itself from the ongoing conflict within the UMC regarding human sexuality.

8. What happens to the church records and membership records?

Upon disaffiliation, the local church is required to send a copy of all its church records and membership records to the Annual Conference while still retaining a copy for its own use.

9. If the church votes to disaffiliate, how will the church be governed?

10. If the church votes to disaffiliate, what will happen to our Pastors and Staff?

The Staff are employees of Conyers First and would not be affected by the church’s decision to leave or stay in the UMC.

If Conyers First completes the process of disaffiliation from the UMC, then there are a number of options to explore. The congregation could remain independent or it could join another denomination. Information concerning these other denominations will be provided at a later date.

12. What happens to my membership at Conyers First?

13. What happens with the Conyers First Missions Endowment?

The Missions Endowment stays with Conyers First whether it stays in the UMC or leaves the UMC. It is directly attached to the Conyers First congregation.

14. Can a person be a member of the UMC and a congregation that is not UMC at the same time?

No. Your membership must be in one or the other.

Pastor Chris Study on Biblical Sexuality and the Methodist Church

Powered By Digital Design and Hosting